After the Marriage Cancellation, She Becomes a True Ancestor 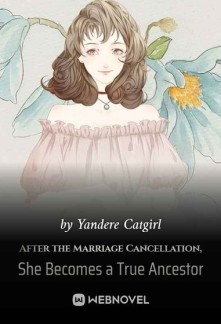 After the Marriage Cancellation, She Becomes a True Ancestor

"The useless daughter of the Su Family, Su Ye, had gone crazy after being rejected by the Bo Corporation's President!

On the first day, she touched her father's head. "Nephew, I think this project I found is good. You can go auction for it tomorrow."
The next day, she dug up the Su family's ancestral grave with a shovel and muttered, "I remember that it was buried here?"
On the third day, she patted the shoulder of a certain clean freak CEO. "Little Bo, even if the marriage didn't work out, we still have feelings for each other. I'll give you a discount on this medicine, just give me six million."
…
Su Ye, the most ambitious woman in the business world who had died 40 years ago, had coincidentally been reborn into the body of his grandniece.
Thus...
In the department of inheritance notarization, a large inheritance that had been shelved for 40 years was claimed.
The museum was surprised to see that a mysterious person had donated an astronomical antique that disappeared 40 years ago for free.
Hacker Alliance. An account that no one had been able to identify who was behind it for more than 40 years suddenly came online.
Mysterious Sister became popular online. K.O. Stone Gambling Master, Reincarnated God of Medicine, Big Sister Carrier, Taekwondo Grandmaster…
Tens of thousands of people wanted to pamper her, and the Su family's doorstep was frequented by the seventy to eighty-year-old childhood friends of hers who were big shots of various fields.
A certain ex-fiancé was filled with jealousy. "Make it hot. Don't affect my fiancée's college entrance examination."
Zhen Xiang might be late, but he would never be absent.
Bo Yunli never looked at her in his eye before marriage.
After the divorce, Bo Yunli suddenly asked, "Which project do you like? I'll bid for it and give it to you."
"These are the gold shovels and keys to the Bo family's cemetery. Dig whichever you like."
"That's true. The prescription is priceless and six million RMB is too little. How about exchanging it for the position of the Bo Corporation's Young Madam?"
[1v1. Double Virgins+ Fake Identity.]