After reincarnating, I became a second generation villain 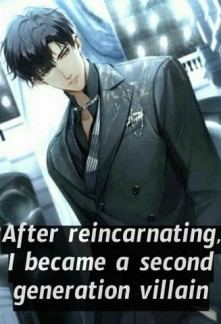 After reincarnating, I became a second generation villain

When opened his eyes, Lin Tian realized that he was reincarnated into the modern cultivation world.

Exploring the memories of this body, his expression became gloomy because he was reincarnated as a young master from a wealthy family.

Some people may be happy, but not for him.

He had read many novels with modern cultivation themes.

Wasn't a young master like him is a stepping stone for the protagonist and had a tragic ending?

Just when he was really desperate, suddenly the system came.

[Congratulations to the host for binding the destiny villain system]

[Beginner's prize will be distributed]

[Congratulations, you have obtained a martial emperor level cultivation base]

First of all, this novel doesn't have any elements of a brainless Harem, our MC will not be like other MC who every time he goes somewhere he will bring another woman.

But there is romance, and the heroin is a very strong like peerless empress reincarnation.