After Fishing For 10 Years, I Became A Saint Without Knowing How To Raise Beasts 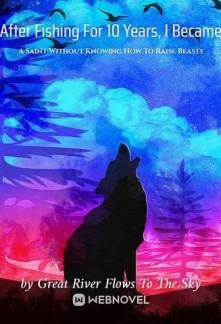 Great River Flows To The Sky

After Fishing For 10 Years, I Became A Saint Without Knowing How To Raise Beasts

Yu Chi transmigrated to a world covered with savage, barren lands, where more than 10,000 races fought to ascend to the top. He began his life in this world in imprisonment.
While the others had completely forgotten about his existence, he took out a bamboo stick that he had been carrying with him since his previous life.
The souls of ancient divine beasts could be found in various savage lands and rivers.
His bamboo stick could communicate with these ancient souls.
When he fished at the Death Sea of Hades, he got the voice of Naga Siren.
When he fished at the Ice River of Skeletons, he received the attack power of Blobfish.
When he fished at the Lake of Grotto-Heaven, he obtained the golden eyes of the Five-Talon Divine Dragon.
When he fished at the Cliff of Hanging Candles, he acquired the fire of the Nine-Tailed White Fox.
In the blink of an eye, millions of years had passed. Deities and pet beasts from various corners of the world came to congratulate Yu Chi on his wedding.
A prominent figure couldn’t help but ask, “Why are you so terrifying?”
As Yu Chi stared at his gorgeous wife, the memories of him fighting millions of devils in the Underworld flashed in his mind.
He then smiled and replied, “There’s nothing I can boast about. I was just lucky.”