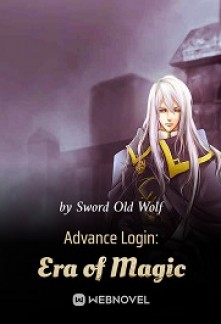 Human beings will be invaded by another world a year later? Caruso accidentally binds himself to a system and logs into a [Magic World Online] game that can synchronize his power with reality a year in advance? Any magic, any skill, and any item can be brought to reality…

The human metropolis was coming to an end. During that time, money, women, and houses that people yearned for in the past were reduced into mere waste. People only desire one thing: power! Immense power!
One year later, the Earth was invaded by another world. Bizarre monsters were razing human territories and murdering humanity.
Humanity also logged into [Magic World Online]. When they arrived, they saw a mage wielding a divine artifact and standing in the air. After he gently chanted a spell, he casually summoned a sky full of meteorites and killed a mountain-sized beast in a moment. Human players vowed to become a mage as powerful as this NPC.
The next second, the game system’s voice stunned all human players.
“Ding-dong. Congratulations, Caruso, you successfully killed a level 12 Demon Dragon Lord!”

Digging to Survive: I Can See Hints