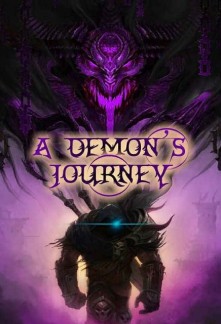 Humans and the other races lived on the mainland of the continent while the Celestials and Demons lived in Heaven and Purgatory, respectively.

Within the Demons, a prodigy named Azaroth rose quickly, even by demons' standards, to the point of being dubbed a "Demon God. There was only one person above him within the demons: The Great Demon Venerable, the Demons' Supreme Godfather.

Azaroth's extraordinary talent never had the chance to blossom to its full potential; a terrible calamity struck him down and he died soon after. But was this calamity just misfortune or was it hiding an opportunity for him?

Near his deathbed, he prepared for his future ascent to achieve his lofty goal.

Millions of years had passed after Demon God Azaroth's demise and now a young aristocrat called Edwin Rhodes came across a mysterious cave.